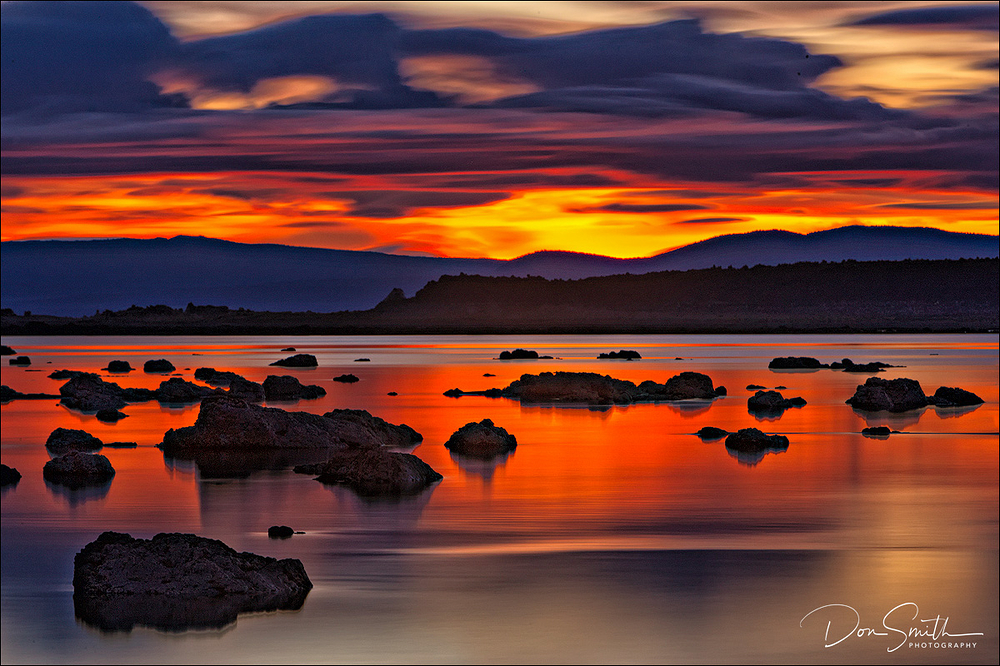 How about an "Oldie but Goodie" today? Here is one from 2010 captured at dawn at Mono Lake's North Point. Mono Lake has no natural outlet. Minerals and other chemicals have built up in its water until it is now 2 1/2 times saltier than the ocean. Fresh-water springs "calcium-laden" water up from the lake's bottom, and the reaction of the two create calcium carbonate rocks that build up like stalagmites. Until the lake's water was diverted in the 1940s, these "tufa" towers were hidden under water, but now they are above the lake's surface. The most unusual can be found along the south edge of the lake, this image was captured along the north edge.

NOTE: A three minute time-exposure allowed for the movement in the clouds and the smoothness of the lake.

Congratulations on your SPOTLIGHT!

Congratulations on your spotlight! Spectacular photo!

This is just stunning. A gorgeous image. Congratulations on the Spotlight Don!

Just phenomenal, Don!! Glad you posted this up here in AM3....That PhotoLogo looks damn good I willl add....I like mine too ;-) Congratulations on the Spotlight...Most Well Deserved !! Happy Holidays to you and the boys and Beri if I don't "see"you ;-)

@Denny Jump: Same to you Denny - thanks!

Very nice. Congratulations on your spotlight!

This image has been featured in 4 Remix collections.