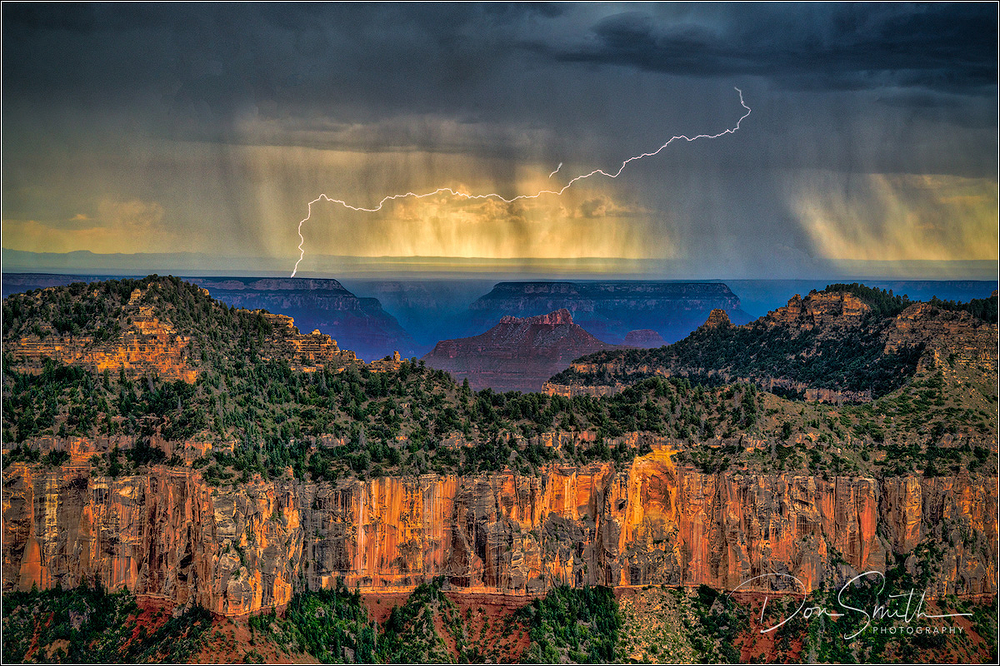 Monsoonal moisture returned to the Grand Canyon yesterday afternoon and our group was treated to a three-hour lightning show over the Canyon. Love this bolt as it went horizontal across two cells! The forecast looks favorable through Tuesday! Next Workshop begins tomorrow afternoon. Hope you can join us next year: 2018 Monsoon Workshop at Grand Canyon National Park

This is just spectacular! I love it!

This image has been featured in 1 Remix collection.