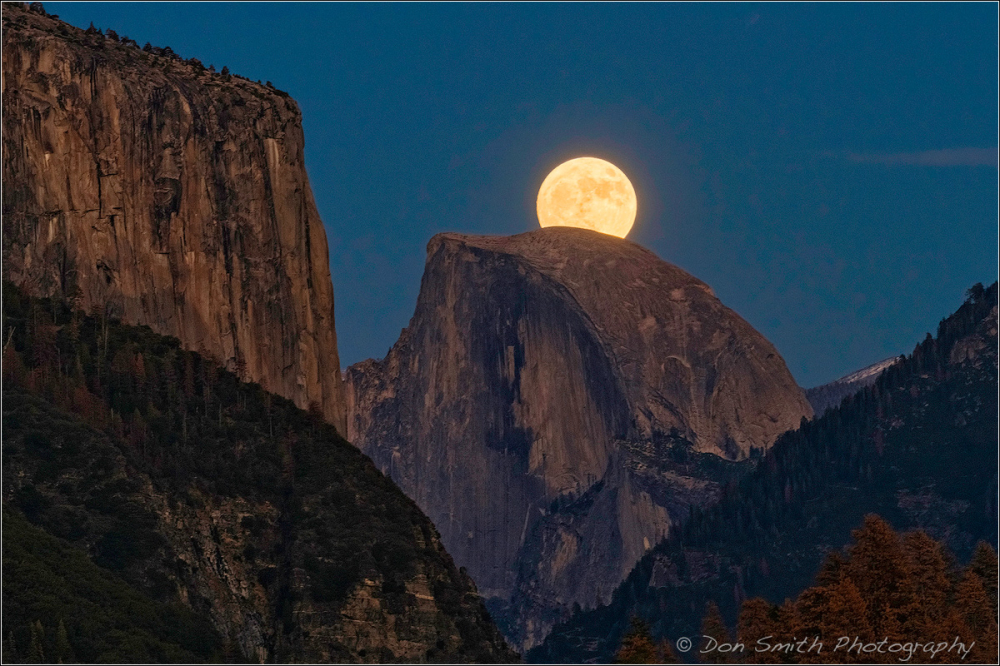 My #2 Favorite Image of 2016 was captured in Yosemite while co-teaching Gary Hart's Fall Workshop. Gary had lined up three Super Moon shoots in three nights for the group and was looking for a fourth location for the grand finale. A friend/colleague of mine, Nick Lust, had emailed me that he had plotted the moon rising over Half Dome on the last evening from a location we had all used in the past and was coming up to shoot it that evening. I double-checked his findings using the Photographer's Ephemeris and showed Gary, who in turn, plotted it with his method of using a topo map and some complicated math. Regardless, we were all in agreement and off we went with the group expecting to have the location all to ourselves. WRONG! Software programs have made it easier than ever to plot moonrises from varying elevations and we were met with other photographers thinking along the same lines as us. Regardless, we all got our spots, and just after the sun set, this gorgeous Super Moon - the closest to earth since 1948 - appeared on-schedule right behind Half Dome. Quite an amazing sight to see and photograph and a fantastic way to end the workshop!