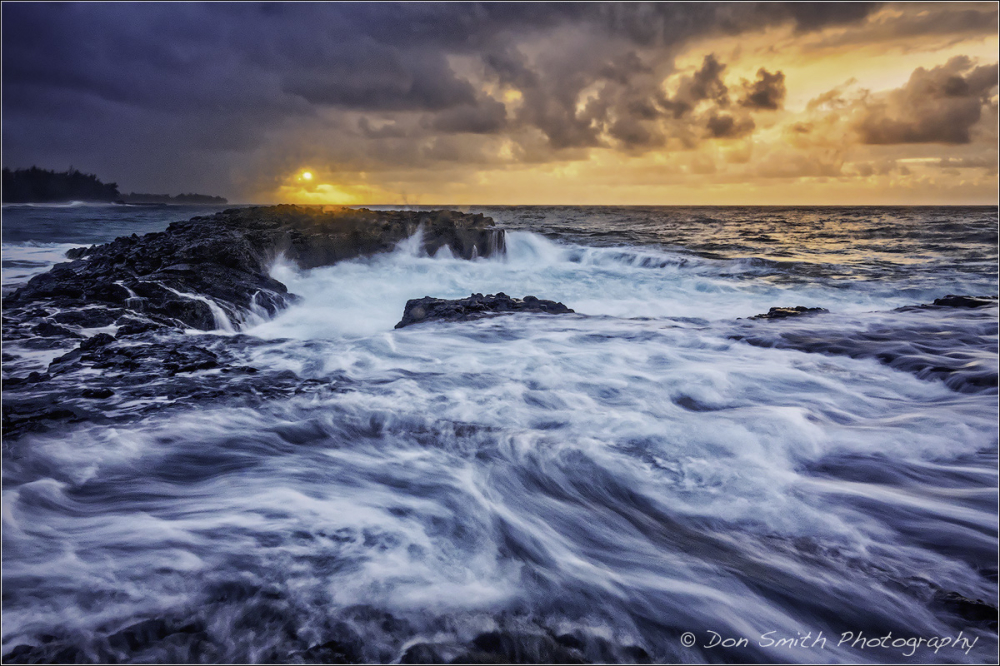 I hope all of you had a fantastic Christmas! I'm resuming my countdown of my 12 Favorite Images of 2016 with #6 captured during my annual Kauai Workshop CLICK HERE FOR MORE INFORMATION. It was a stormy evening along the northwestern side of the Island and I took the group to Lumahai Beach for a sunset shoot where the movie South Pacific was filmed. There is a cool lava shelf where the group can setup; however on this evening, the waves were crashing over the shelf. As the sun lowered in the west, this large wave broke over the shelf and I made this frame while holding tight to the tripod. I felt this frame captured both the incredible light of sunset and the fury of the sea!

Excellent feel of movement in this beautiful image.