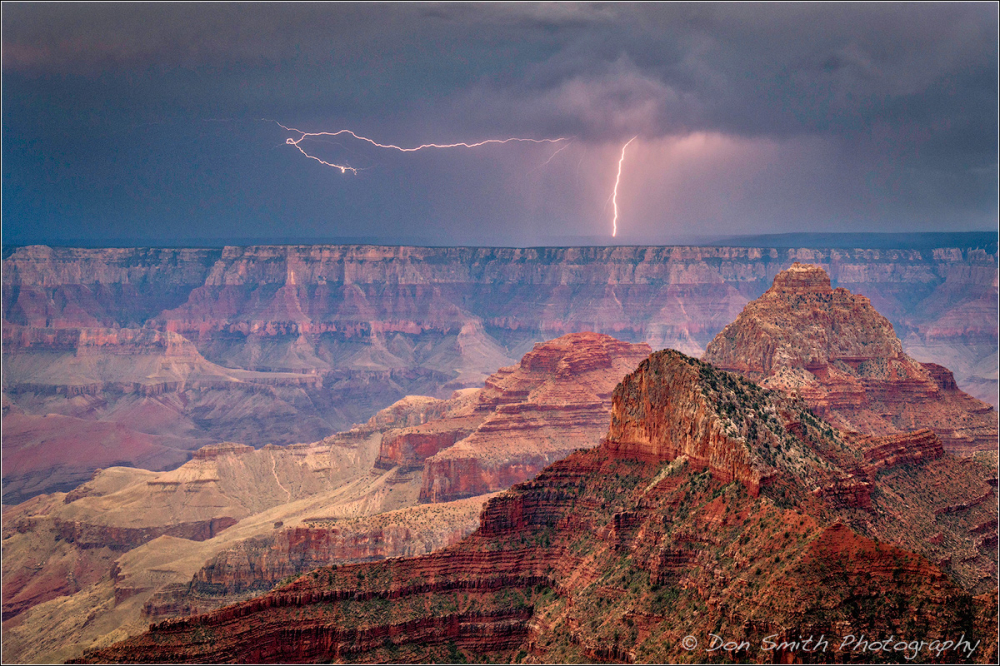 Number 7 of my Favorite 12 Images of 2016 was captured during monsoon season at the North Rim of the Grand Canyon. Gary Hart and I host two workshops each August [=http://bit.ly/1gPIoUA]CLICK HERE FOR INFORMATION ON THIS YEAR'S WORKSHOP and we were in-between workshops when a rather large late-afternoon storm ignited. This image was recorded near sunset at Walhalla Overlook. I thought it was cool to have both a cloud-to-ground strike along with a cloud-to-cloud strike in the same frame. The power of nature is awesome!