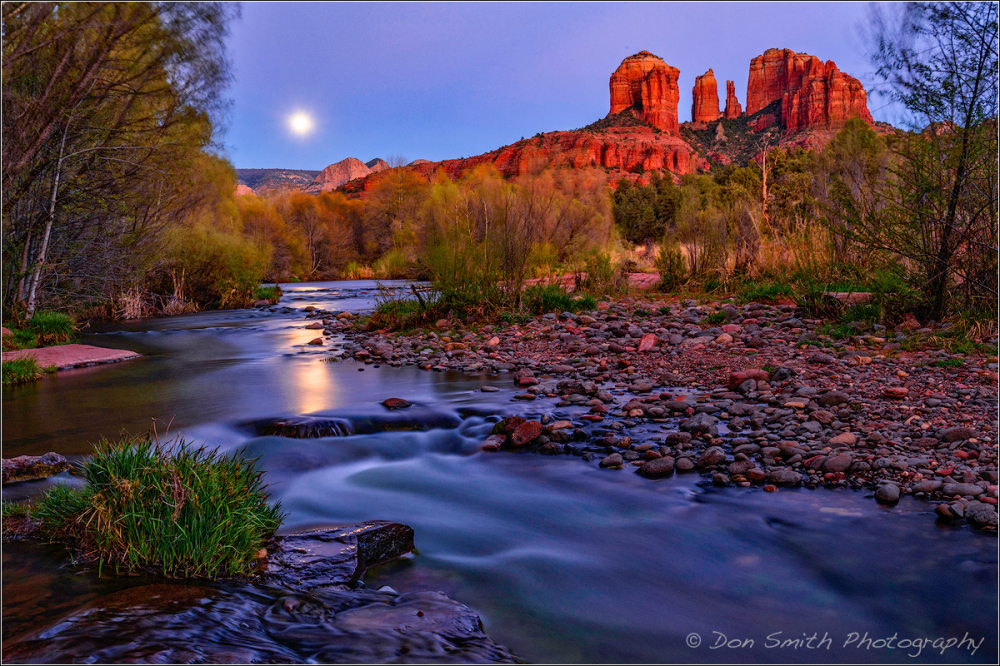 Number 8 of my Favorite 12 Images of 2016 was captured during my Northern Arizona Workshop this past spring. I had planned for this moonrise near Cathedral Rocks alongside Oak Creek in Sedona just after sunset. The window of opportunity where I could hold detail in the moon and on the landscape was rapidly waning but was enough to make the image. I really loved the moon's reflection in Oak Creek and the luminescent feel of the light on Cathedral Rocks a - kind of a bonus!

Fantastic light! Season's greetings to you and your family Don. All the best!