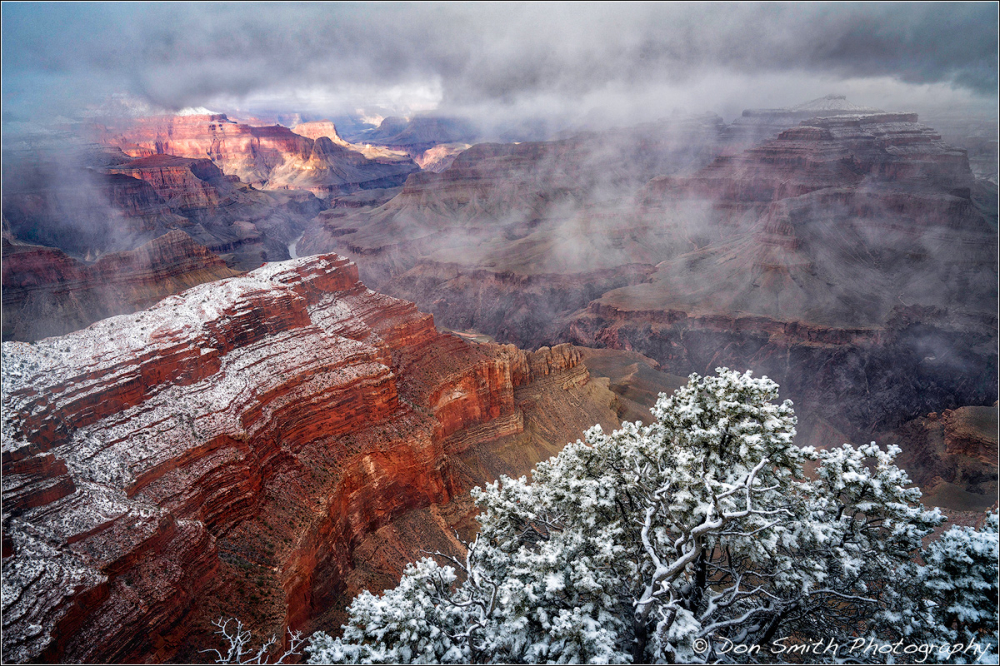 My 9th Favorite Image of 2016 was captured along the south rim of the Grand Canyon as a winter snow storm was just beginning to break. My oldest son Rob and I had been in nearby Flagstaff visiting my other son Aaron at college. When we arrived at the Park, one of the rangers told us, "you should come back tomorrow, we just don't see the Canyon during snow days." Glad he was wrong! BTW - this was Rob's first glimpse ever of the Grand Canyon - there wasn't another person in sight!

The snow provides wonderful different texture and dimension to this scene.