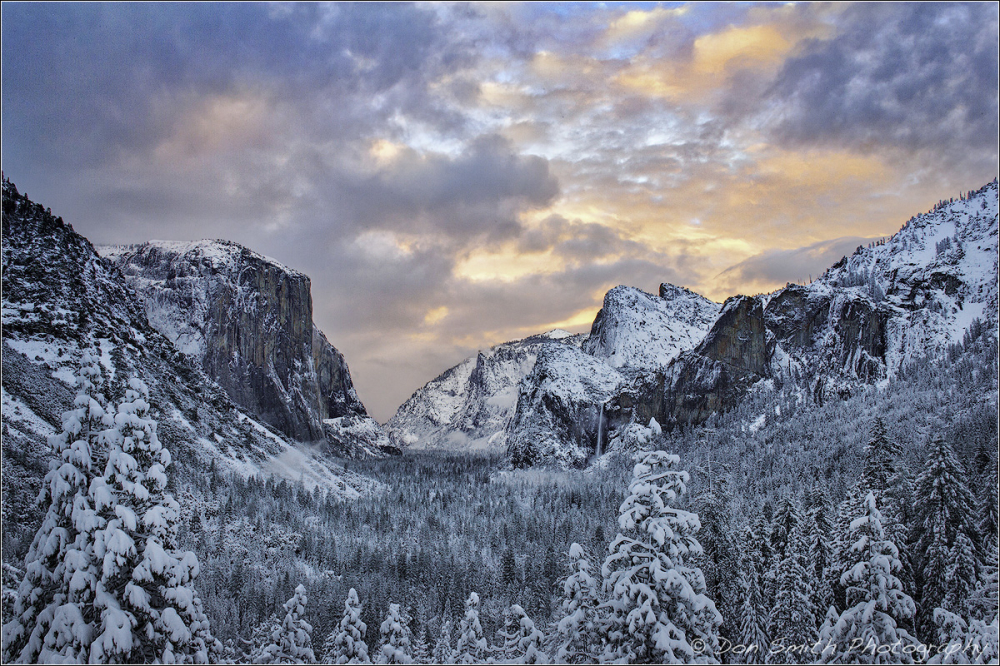 THROWBACK THURSDAY: I've got an ongoing project where I am processing my old RAWS with today's modern software. This image of a clearing storm captured from Tunnel View stopped me in my tracks. THE BACKSTORY: Rod Steward once sang, "Every picture tells a story don't it?" Well, for me, this one is more than just a beautiful moment. It was the day I met Gary Hart, which in turn, led to a great friendship and professional relationship teaching workshops - many together. We were two of five photographers standing in a whiteout who held out hope that the day-long snow storm would break near sunset - as you can see, we fortunately guessed right! Fast-forward nearly 10 yeas later and Gary and I are still teaching (we just returned from Gary's Fall Yosemite Workshop), and offering lots of workshops: Don Smith 2017 Photo Workshops. Hopefully you will allow us to work with you and share locations around the western United States that we have grown to love over the years!