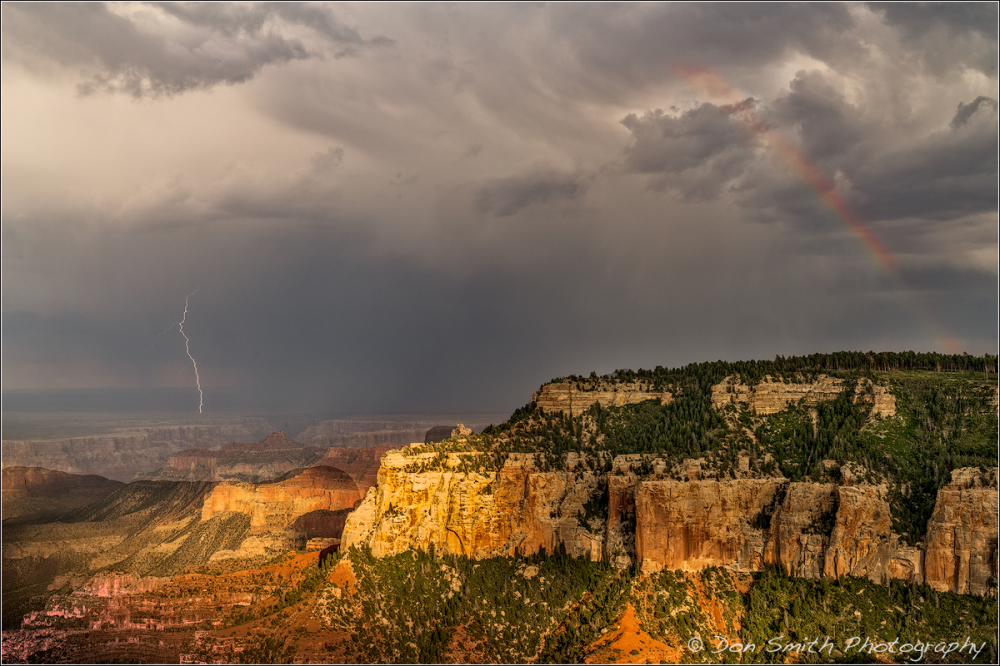 Knowing the scenarios of how rainbows are formed allowed me to previsualize this composition. With a bit of luck, I was able to capture a bolt of lightning juxtaposed with the right side of a rainbow (click on image for larger view) at the north rim of Grand Canyon National Park. If you are interested in learning how I process, take a look at my video series, A Simplified Method to Processing.

Must be special to see in real life and it looks brilliant in your photos too.