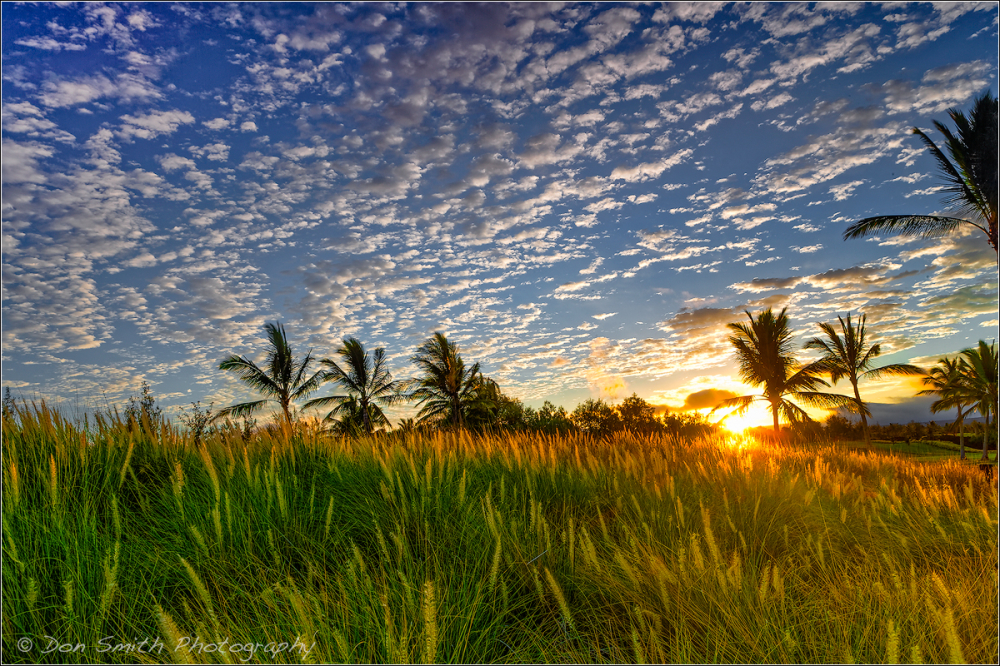 Throwback Thursday: This image was created while on a family vacation on the Big Island of Hawaii in 2007. This was not a scheduled shoot; rather, I awoke early and decided to take a bit of a stroll around the area we were staying in Koala. I spotted these speckled clouds and with the sun rapidly approaching, I laid down in this small hill of grasses. I used a Singh-Ray 2-stop soft edge grad to balance the sky with the foreground and shot as the sun rose. This image has been one of better selling stock shots having been used in numerous ads and editorial pieces on Hawaii. Pretty cool for a shoot I almost slept through! BTW - I am currently on a flight to New York and won't be able to respond to your comments until I get to the hotel tonight.

Beautiful light and tones. I hope the weather for your visit to Australia at the end of the month will be better than what it has been recently. The East Coast has suffered from severe storms.