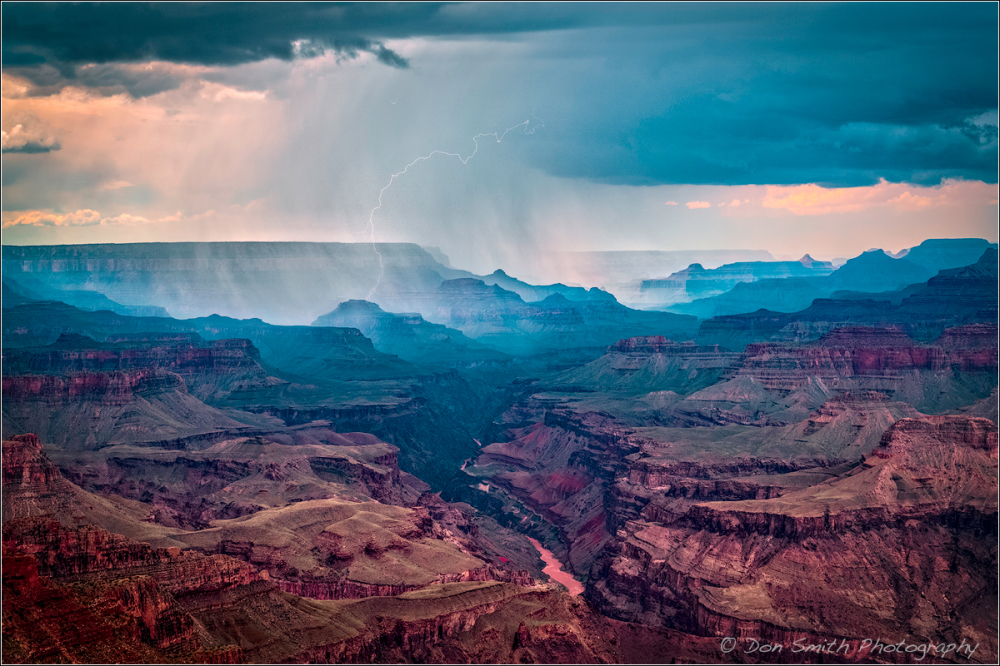 Image #5 of my 12 Favorites of 2015 was captured this past August during Monsoon Season at the Grand Canyon. Gary Hart and I were out along the south rim prior to the start of our workshops and spotted this cell drifting out over the Canyon. For more on the story, please click here

The photos of lightning over the Grand Canyon are just about my favourites from your entire collection Don.

That is a gorgeous image.