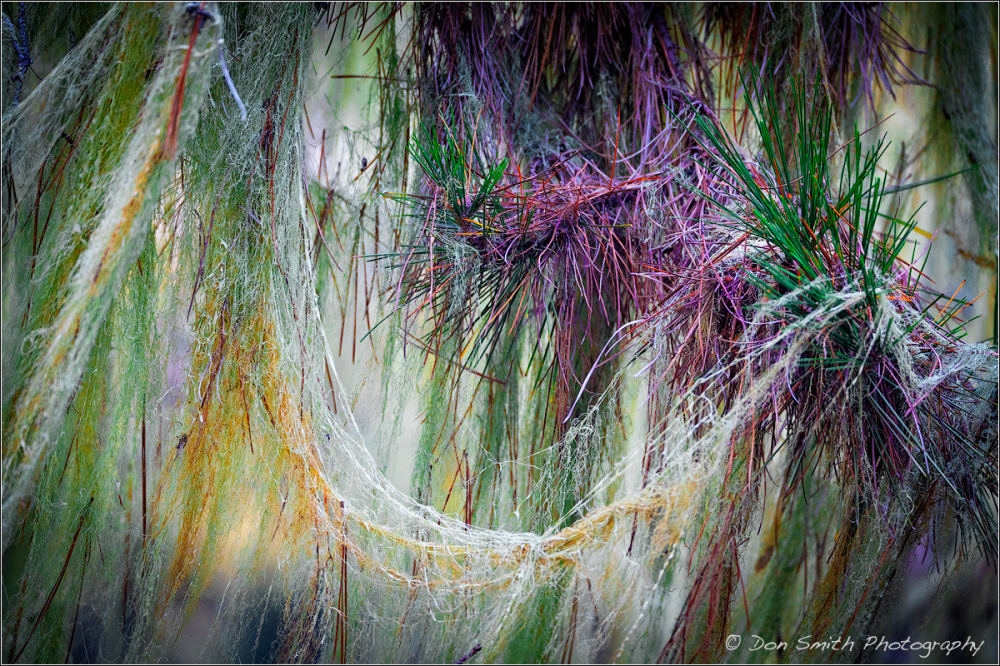 Sometimes Mother Nature gets our attention by screaming and sometimes she whispers. The latter was true as I wandered a newly opened trail through Spanish Moss covered pines in Point Lobos State Reserve. Every scene has what I call a "limiting factor," a technical issue that must be worked through before tripping the shutter. With this soft-lit scene, it was a breeze that was bouncing the moss around. I raised my Sony a7R II's ISO to 2000 to get the shutter I needed and was pleased to see a very clean RAW file. This camera and sensor just continues to amaze me!

Nice work Don - love the detail in this one!