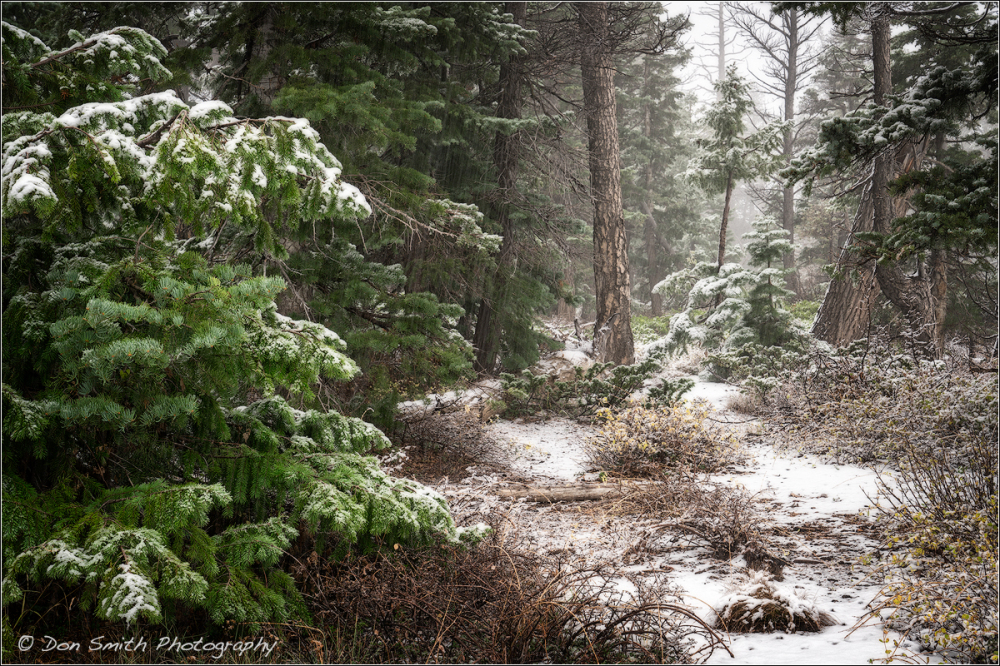 I love fresh snow scenes, especially when it's the first snow of the year! I captured this forest scene during a light snow near Rainbow Point in Bryce (elevation 9100 feet) a couple days ago. I loved how the path of snow invites you into the image! Hope you can join us in 2016 2016 Bryce/Zion Workshop

The think covering of snow looks amazing combined with the green and brown details of the trees!