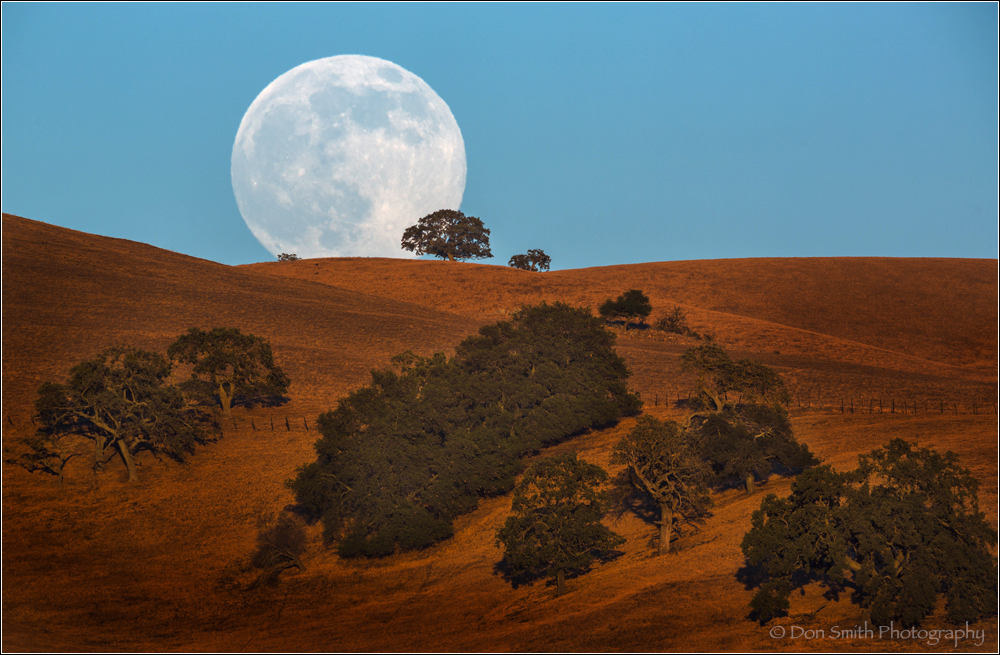 Yesterday evening I captured the first of 3 Super Full Moon rises near my central California home. This moon is 14% larger and 30% brighter than an average moon due to its proximity to earth with its elliptical orbit (about 30,000 miles closer). There will be another one next month and again in September.

But that is not what makes this moon look so large. It is a visual trick where your mind is comparing the relative size of the moon to a known object (in this case, an oak tree). BTW - the moon is no larger on the horizon than it is when we see it high in the sky - again, it's just an illusion. For more on this, Google: Ponzo Illusion.

If you would like to learn more about moon and night photography, please consider taking on of my workshops or contact me about a private workshop: Don Smith Photo Workshops

This is absolutely spectacular ...
Congratulations on the Spotlight !!!

Congratulations on your SPOTLIGHT!!

Fabulous photo ! Congratulations on your Spotlight !

Amazing... Congratulations on your Spotlight

Congratulations on the Spotlight!

Beautiful, how lucky can you get. Congratulations on the Spotlight Don!

This image has been featured in 5 Remix collections.

Wonders of Nature by Sarito

Snapshots : Those special moments by : Helen :