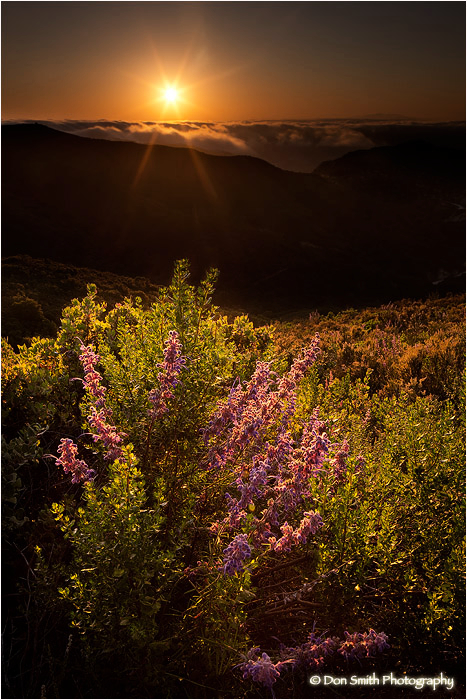 Every time I purchase a new piece of equipment I feel like a kid on Christmas morning (I know you have felt the same). As quickly as possible, I get out into the field for a test drive. Such was the case when two new lenses arrived from Robert's Distributors: Canon 16-35 mmL f2/8 Series II and Canon 24 mmL T/S Series II.

I've only played with a Tilt/Shift lens once and I really had no clue as to what I was doing. But over the past three years I have been reading more stories about how invaluable these lenses are for landscape photographers by some very talented photographers and felt it was time to add one to my arsenal. My reasoning for adding the 16-35 Series II was that on a full frame sensor, the Series I lens was not as sharp as I would have liked around the edges of the frame.

Upgrading and adding lenses for a pro is more that just wanting the latest and greatest gear (though we do succumb to that temptation also - hey we are only human), but I always try (as best I can) to base my decisions on a purchasing a new piece of equipment from a analytical side instead of from an emotional side - this stuff ain't cheap! I hope to at least make enough of a financial return to pay off my investment in the first year of use.

I had been toying with adding a T/S to my arsenal for three years (I can get overly analytical at times). What really convinced me was when I listened to a podcast from noted Yosemite photographer William Neill (a former 4x5 photographer) who had switched to digital. He talked about how he used the lens to photograph a field of wildflowers on a windy day. With a normal wide angle lens, one would have to stop down to f/16 or f/22 in order to achieve proper depth-of-field. The tradeoff was the shutter speed, which would be too slow to freeze the flowers. With a tilt/shift lens, one could open to its widest aperture allowing for up to 5-stops of additional shutter speed - enough to freeze the wildflowers, and still achieve proper depth-of-field by tilting the lens - very cool!

Jack Dykinga (another large format photographer gone digital) also wrote an article for Outdoor Photographer magazine where he demonstrated how to properly use the shift feature of the lens to composite three perspectively correct images for his panos. Using the Canon 1DsMKIII (the same camera used for this image), Dykinga could stitch the three frames to create one file that rivaled the quality he used to get with his 4x5 cameras. An 8-bit file from the 1DsMKIII is 60 megabytes, so three frames stitched would yield a file of 180 megs - allowing for incredible detail!

For this particular image, if you check the accompanying metadata, you will actually see that I used an aperture of f/22 (I can hear you now, "Why did you spend the money?") Actually I captured this frame at f/22 in order to produce the sunstar. The lens is still tilted to correct perspective and to allow the lupine to better fill the foreground (I was in an area where I could not really move). This is actually a 6-stop blended image that I achieved by using PS CS5's layers and masks.

This lens will take some getting used to but I can already see its advantages! My initial reaction is that both lenses are extremely sharp, but the new UD glass in the 24 mmL T/S better handled flare issues that the 16-35 mmL could not.

I love lupines, they make a great foreground in this capture. Also the light is so perfect !
Have a great day Don :)

@Tamara: Hope you are having a great day also Tamara :)

Beautiful light! Have a nice day!

@Sergei Z: Thanks Sergei, no real way to pull off this image other than what I described.

@Mici: Thanks Mici - hope you have a great day!

Hi Don - All I can say is thank you very much - the narration you provide above, especially when read in combination with the wonderful and illustrative image is so instructive in a very understandable way. I am pretty much a rookie at all this stuff and I really enjoy the great inside information from you and Scott and Gary that I always read from top to bottom. My retention is really bad so I have to read over and over about once a week :-) but I still love it. The tilt shift lenses are something I have thought about as well - for way down the road, so this is great..OK I am blabbing - But I Thank you so very much for this great instruction and information. All the Best - Denny

@Denny Jump Photo: Thanks Denny, hopefully these blog posts are helping photographers out there. They are my way of "passing it forward."

Hi Don. I also enjoy and appreciate how you describe your process. This image has wonderful light and of course the sunburst is outstanding. In terms of perspective, if I understand this correctly, you could not get close enough to the flowers, so the T/S lens allowed you to change the focal plane and compress the DOF?

Roberts is my go-to camera store here in Indianapolis for renting lenses so maybe I am going to have to try out this lens. I am having a good summer-two weeks left! Thank you for asking. Hope you have recovered from your trip to Hawaii!

@Julie Brown: Hi Julie, one of the uses of a T/S is to angle the plane of focus (not really compress it). I really defeated the purpose by shooting at f/22, but I wanted to sunstar and that was the only way of achieving it. Fortunately the wind was minimal and I shot during the lulls. If it would have been a constant breeze/wind, then I would have opened the aperture to its widest setting at f3/5 and still would have retained depth-of-field throughout only without a starburst affect (though I could have shot the last frame exposed for the sky at f/22 and blended). Digital allows ways around most obstacles. One just needs to think out the possibilities and apply the correct technique.

Fantastic shot Don. You captured the light brilliant and i love the incomming clouds!

Exquisite! I love that fog rolling in, with the sun above.....One of my favorite spots, there is always something good happening here! .....I will hopefully have a chance to use a 4x5 in school soon....I can't wait!

@Tracy: I've only photographed a few corporate assignments with a borrowed/rented 4x5, but used the tilts/swings/shifts at a minimum. With a 4x5 you also get adjustments for the back (film) plane. You should have a blast!

wonderful composition and use of light and scenery here! the flowers are beautifully illuminated and i like the dark valley separating it from the sun and clouds in the background!

What wonderful edges and color! The sunstars seem to rhyme the flower spikes.

Did you use stacked grads to tame the dynamic range?

@Chuck: Tried but with no success Chuck, check the narrative above for details.

beautiful image - I bet you had no shortage of great scenery for your Hawaii workshop - such an amazing place. I posted an image today from another volcanic island.

@Jason Kravitz: Saw you image Jason - that was awesome. Was going to ask how you accessed that area if you remember? The lava was still a good 8 -10 miles from the ocean. I'll be posting my image from our first night shooting the lava starting tonight. The workshop was also fantastic. We had awesome light for every location we visited. Will be posting those starting next week - really haven't edited much since I returned. Hope you have a fantastic weekend!

I like the bright lupine in the foreground set against the dark background and sun / clouds. This image shows your artistic as well as photographic skills; there had to be hundreds of possible final results using 6 layers. Quite a few architectural photographers use T/S lense; the Dykinga article was the first I saw landscape images with T/S, very creative. Your image is beautiful.

BRILLIANT LIGHT, did you use flash at all here?